Business
"WHO WANTS TO CHANGE THEIR LIFE"
Have you ever felt like your life just wasn't right?
Ms. Lisa Trunzo was 11 years old when she thought living on the streets might be easier than living in her current dysfunctional world subjected to life as the little girl of an addictive mother. Lisa loved Ms. Gloria but abuse and neglect is not what little Lisa thought life should be so she left home. Initially seasoned vagrants took her under their wing but as she got older it was expected that "even on the streets you must carry your own weight". It wasn't long before life became a vicious cycle of survival, postitution and drugs. Occasionally Lisa would go back home but life there still wasn't different. Overwhelmed by sadness, hurt, anger and resentment; Lisa would head back out to life on the streets. Familiar with addictive resources, Lisa sometimes sought shelter in a drug house. By her late teens, Lisa found herself pregnant and abandoned. With a mix of emotions, Lisa wanted so much to use this opportunity to stop the heritage of dysfunction. What she discovered though is that breaking the cycle isn't ease nor fast. After six months of trying, Lisa had to succumb to having her little Hannah put up for adoption. With tear filled eyes, Ms. Lisa made a vow to Hannah that although it wasn't easy to crawl out of her deep dark hole; this dysfunctional blood line would stop with her.
It took Lisa two years to crawl out of that hole but by using her vow to Hannah as her strength, she made it. Lisa became a nurse with a respected job at the local veteran's hospital. Lisa also got married and gave birth to two more children. In her spare time, Lisa found a passion to help the local homeless; and having been there herself, she could relate to the complex issues involved. Starting small and simple, Ms. Lisa gathered and distributed survival supplies from the back seat of her vehicle but more importantly she passed out smiles and hugs. Lisa knows more than most how important it is to provide hope, love and encouragement. 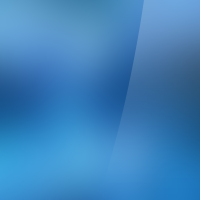